Palestine is a small country with a varied history and culture and a rich archeological and religious heritage. It is the homeland of the three monotheistic religions and the birthplace of Jesus Christ. Its history starts more than a million years ago, in thousands of sites which represent the cultural and natural heritage. Moreover, the Palestinian folkloristic heritage, which includes handcraft of wood, pearl and ceramic, oral traditions, music and customs, is part of this diversified national treasure.

Starting from the first pilgrims, many visitors came in Palestine. In this phase of state building, Palestine considers tourism as one of the most important sectors of the economy, with a great potential of growth. Even though the geopolitical situation of the country does not allow a proper development of this sector, there are more than 2 million of international visitors every year.

The most popular destination are Jerusalem, Bethlem and Jericho. All of them are in the West Bank, since the Gaza Strip is not available for visits since 2005. The Ministry of Tourism works in partnership with the private sector and with civil society organizations that compose the basis for the touristic development, facilitating the investments in order to improve the quality of services and to provide high quality products able to compete at both local and international level.

Regarding the relations between States and religions, on 2nd January 2016 entered into force the agreement signed on 26th June 2016 between the State of Palestine and the Vatican City. On the occasion of the signing, the Secretary for Relations with States Mons. Paul Richard Gallagher affirmed that “the present agreement follows the basis agreement between the Holy See and the Organization for the Liberation of Palestine signed on 15th February 2000 […] but, unlike that one, “the current one is signed by the Holy See with the State of Palestine, and this as a sign of the path took by the Palestinian Authority in the last years and especially of the international recognition culminated in the Resolution of the UN General Assembly of 29th November 2012, which has recognized Palestine as observer non-member state. It is obviously a fundamental step for the State of Palestine and the Holy Land.

It was not the first meeting between President Mahmoud Abbas and Pope Francis, but that on 14th January 2017 was a special situation, especially from the political point of view. After a fraternal conversation with the Pope, the Palestinian President went to the Vatican City to inaugurate the Embassy of the State of Palestine in the Holy See and stated that both the occasions show how much “the Pope loves the Palestinian people and peace”. In particular, at the end of the meeting, the President of Palestine wanted to emphasize the gratitude of the Palestinian people for the role of the Holy See in recognizing the State of Palestine. Abbas has then affirmed that he had discuss with the Pope the issue of Jerusalem, occupied by Israel since 1967 and important for the three monotheistic religion, as recently affirmed by UNESCO in October 2016. 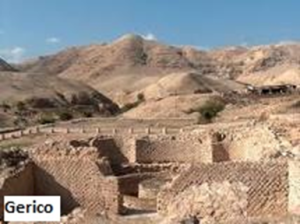 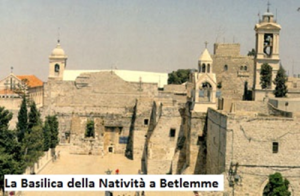 Permanent link to this article: https://www.ambasciatapalestina.com/en/holy-land/