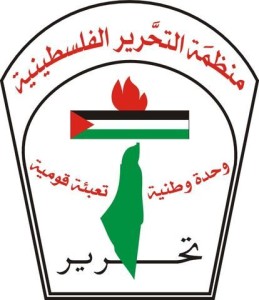 The Palestine Liberation Organization (PLO) was established in 1964 and has been the embodiment of the Palestinian national movement. It is a broad national front, or an umbrella organization, comprised of numerous organizations of the resistance movement, political parties, popular organizations, and independent personalities and figures from all sectors of life. The Arab Summit in 1974 recognized the PLO as the “sole and legitimate representative of the Palestinian people” and since then the PLO has represented Palestine at the United Nations, the Movement of Non-Aligned Countries (NAM), the Organization of the Islamic Conference (OIC), and in many other fora. In addition to its broad national and political goals, the PLO has dealt with numerous tasks with regard to the life of the Palestinian people in their main communities and throughout the world through the establishment of several institutions in such realms as health, education and social services. As such, the PLO is more than a national liberation movement striving to achieve the national goals of the Palestinian people, including the independence of the State of Palestine with East Jerusalem as its capital.

Structure of the Palestine Liberation Organization

The PNC, which is the highest decision-making body of the PLO, is considered to be the parliament of all Palestinians inside and outside of the Occupied Palestinian Territory, including Jerusalem. The PNC normally sets PLO policies, elects the Executive Committee and makes the necessary changes in its own membership, as well as changes to the Palestine National Charter (a special meeting is required) and to the Fundamental Law of the organization. The PNC also elects a speaker, two deputies and a secretary, who make up the Bureau of the Council. The Council has its own standing committees for various aspects of its work, such as its legal and political committees. The composition of the PNC represents all sectors of the Palestinian community worldwide and includes numerous organizations of the resistance movement, political parties, popular organizations (each of the above is represented by specific quotas) and independent personalities and figures from all sectors of life, including intellectuals, religious leaders and businessmen.

The Central Council, which was established by the PNC in 1973, is the second leading body of the PLO. The Council functions as an intermediary body between the PNC and the Executive Committee. At present, the membership stands at 124, including 15 representatives of the PLC.

The Executive Committee is the daily leading body of the PLO and it represents the organization at the international level. The Committee is elected by the members of PNC and it is responsible to the PNC. Its main function is to execute the policies and decisions set out by the PNC and the Central Council. The Committee is also responsible for adopting a budget and for overseeing the functioning of the departments of the PLO, the responsibilities of which are distributed among its members. Decisions of the Committee are taken by a simple majority. Its membership stands at 18, including its Chairman.

The Fund is managed by a board of directors and by a chairman who is elected by the PNC and who automatically serves on the Executive Committee. The other members of the board are appointed by the Executive Committee, with a maximum of 11 members. Revenues for the fund come from financial contributions by Arab governments and peoples, quite substantial in the past.

Permanent link to this article: https://www.ambasciatapalestina.com/en/p-l-o/